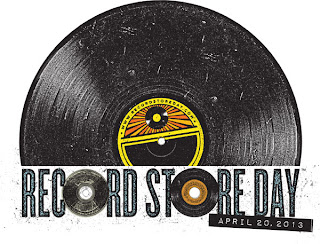 Hey folks, the big day is soon upon us. We hope to see a bunch of you come out to the store tomorrow. Come on in and look at some records, mingle with friends, pose for pictures, check out some live music (starting at 3PM) and be part of a happening scene.
DOORS OPEN AT 10AM.