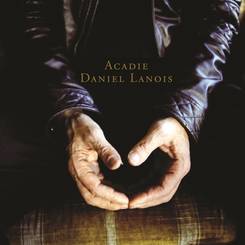 Eh Up! Listen up geezers! A few more Record Store Day titles have trickled in. Check it out below and then rule your eyes over these crazy platters...

Rob Zombie - Dead City Radio 10"
First single from Rob Zombie’s forthcoming album Venomous Rat Regeneration Vendor. Rob has a new film coming out the same week called The Lords of Salem. Blood red vinyl that plays from the inside out. Rob’s new film The Lords of Salem has a scene with a similar record
David Guetta - Titanium picture disc 12" EP
Catharsis - Romance LP
The Catharsis Romance LP limited to swamp green record store day exclusive vinyl. Debut LP by Birmingham’s rising sons. For fans of Converge, Trap Them And Have Heart. Fierce rhythm,turburlent riffs, aggessive vocals,resulting in a whirlwind of intence hardcore played by a a band that doesent soley listen to hardcore as hardhitting as it is accessable to a diverse fanbase 10 blistering tracks including the O'recluce single which has been picked up by kerrang tv and radio, the band are on tour inc dates with Black Flag, Miss May I, And Feed The Rhino. This their debut lp is pressed on swamp green for a record store day exclusive to indie record stores only this is only the start for this young band from Solihull West Midlands.
Undertones - Much Too Late b/w Another Girl  7"
Derry punk legends The Undertones release their 15th single (and their first since 2003) as a special strictly limited 7" for Record Store Day 2013. The A-side, Much Too Late, and flip, When It Hurts I Count To Ten, were recorded last month at the world-famous Toe Rag Studios in London (White Stripes, Billy Childish). These two tracks are the first Undertones recordings since their acclaimed album, Dig Yourself Deep, in 2007. In the year of the Good Vibrations movie, celebrating the Belfast label that served as an antidote to The Troubles, the single is a powerful and brilliant reminder of the timeless, unmatchable magic of the 7" vinyl disc. It will be available only on that format on Dublin's Flaming June Records in a strictly limited run of 1,000 copies. Hard to beat
Joan Jett & The Blackhearts - Album  LP